Reconstruction of a double vault in Hamburg 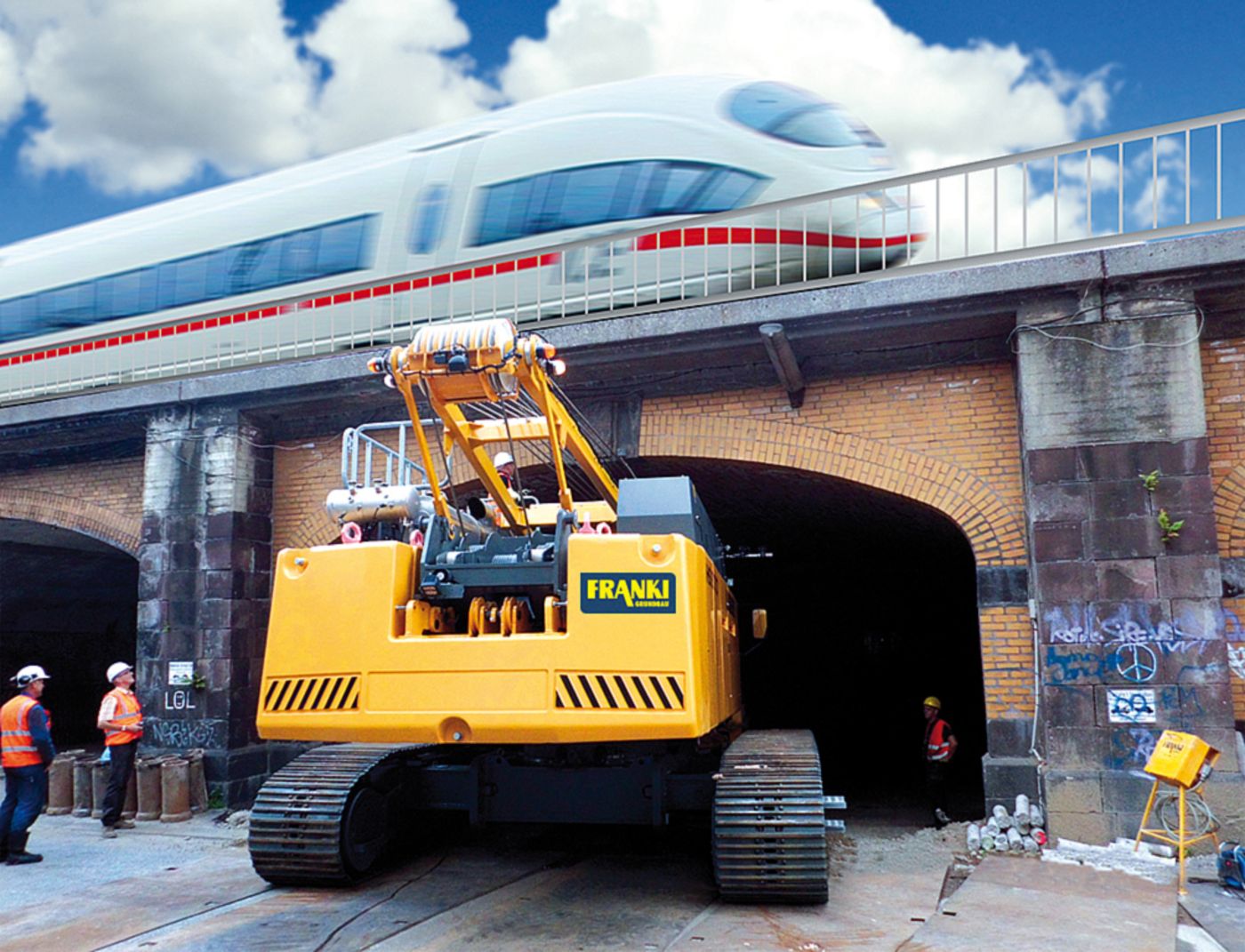 The train rumbling above the heads.

Directly next to the Deichtorhallen, the tracks for local and long-distance traffic run from Hamburg main station to the south. Six double vaults, so-called casemates, had to be repaired under the tracks by installing a deep reinforced concrete frame construction.

The client for this project was AUG. PRIEN Bauunternehmung GmbH & Co. KG. The owner is Deutsche Bahn Netz AG, which commissioned the engineering company Ochmann + Partner Geotechnik GmbH to prepare the ground survey.

The soil conditions consist of fillings, marl, clay with organic components and sand with a groundwater level close to the surface. The piles were set down in the load-bearing sands. After the construction of the stable working level, FRANKI placed the large bored piles using the grab method under water load. The low internal height of the vault of only 5.50 m and the minimum distances of 4 cm between the top of the folding boom and the ceiling required a high level of expertise. The work in this area had to be done very carefully.

The effort involved in producing pile lengths of up to 20.45 m was enormous, as the low working heights meant that drilled tubes and reinforcement cages could only be used with a length of 2 m at a time.

High demands were also placed on occupational safety. Since the DB overhead contact lines were in the direct loading area, the equipment used had to be earthed. During pile construction itself, working under the vault entailed a high risk of accidents due to the very limited space available. Parallel activities on the construction site, such as the client's reinforced concrete work, required special agreements between the teams. Due to the high demands on equipment and personnel, there are only a few companies in Germany that can produce large bored piles of limited height. FRANKI is one of them.

The work was carried out in confined space conditions. © FRANKI

Working in confined space under the tracks of Deutsche Bahn. © FRANKI
Print project
Back to overview